Looking Back at a Virtual Year

Over the last year, the COVID19 Pandemic has wreaked havoc on the efforts of community development-focused organizations by limiting the capacity of organizations to bring individuals and communities together. It pushed us to think outside of the box, or inside the box, as in, thinking about how to use the screen as a platform for continued community connections throughout the pandemic’s isolation.

CreArt has been involved in Heart of the City Festival for five years by supporting and presenting the Youth Stage, a foundational component of the locally-focused music and arts festival. This year Heart of the City Fest did not take a year off of the festivities under the pressure of the pandemic. Hosting an ongoing series and live performances by local artists, both online and by pop up events in several central neighbourhoods. CreArt continued to collaborate with the festival by hosting online events for the Youth Stage via zoom. Youth were involved in the organization and planning of the events, which lasted over eight weeks and showcased two performers a day. Both youth and performers were recognized for their work through honorariums, supported by Heart of the City Music and Arts Festival. We asked festival organizers and the youth involved in the Youth stage to share their most memorable moments, greatest challenges and biggest learnings from hosting an online festival.

George is a student, a mentor and a board member with CreArt. He picked up the guitar and singing through CreArt programs and has been involved with the organization’s growth since joining in 2016. When asked about what was memorable to him George explained the dedication and work that went into the project “I really appreciate my team members, who all put lots of effort into the project. Prior to the Heart of the City performances, we had a meeting every Friday to update each other on the things we were working on; some of us worked on posters and technical issues while others focused on conducting interviews and gathering performers. Throughout the performances, I interacted with many talented individuals and learned new things about different cultures.”

Heart of the City took a similar approach with their virtual performances, festival producer, Mike Siek “tuned into the CreArt page, to see a young Indigenous dancer doing a jingle dance in what appeared to be a back yard. Surrounding the screen were graphics, comments from people watching, and information about the dancer. I thought, "wow! this looks so professional!"

While the event was very well thought out and creatively presented the project was not without its challenges which caused the keen group of community-minded youth to consider alternative ways to approach the project in the future. “A major challenge we had was the video/audio quality of the performances. Since every performer had to use their own method of streaming, it was difficult to produce professional video/ sound.” explained George when asked about the growing pains of the process, he went on to explain how “an improvement would be to gather performers in a studio and record each individual performance while maintaining social distancing. This would require extra funding and a stronger tech chew, which was not applicable at the time,“ but is possible, these youth gained valuable experience when presented with a challenge, perhaps their interests have been perked when it comes to festival production. Can’t wait to see what they create in a traditional festival setting.

Despite George’s reflection displaying a mix of admiration, celebration and a critique of what could be expanded on in future productions, to an experienced eye, the online event illustrated a determination and commitment to the production of a professional art showcase. “I saw, in those youth, a desire to make something that lived up to the standards that they had set forth in their minds! They knew exactly what they wanted to see, and how it needed to look and sound, and they made it happen! That energy and desire to push the limits of their knowledge and of technology showed me that they should be the future of this festival, and the future of how art is showcased online.” said Siek about the online youth stage.

Although we did not get to embrace the usual communal celebration of this festival city this summer, many festivals wholeheartedly embraced us, finding unique approaches to connect with Edmontonians through the wonder that is the internet. We know that not everyone has access to the internet, that peoples love for live music isn’t always satisfied by a live stream, that the experience of performing may not be the same over zoom, but until we can all safely gather in physical spaces again we as a society cannot allow barriers to being in community to keep us from continuing to building up our arts communities and each other. What better way to do this than by showcasing the versatility, drive and creativity of our youth.

Healing Through the Arts

Looking Back at a Virtual Year

CreArt is Launching a Newsletter!

New Executive Board for 2021

CreArt Goes Live: Staying Connected in a Time of Distancing 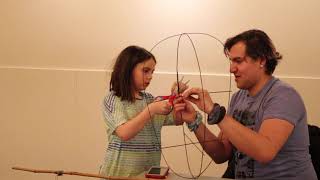 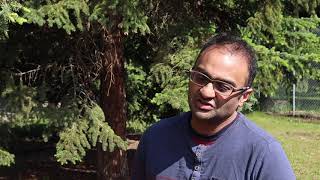 Heart of the City is coming